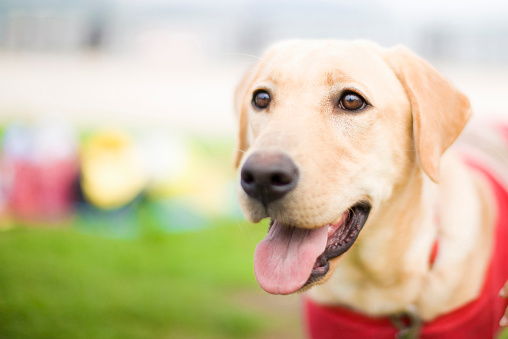 Dogs do so much more than entertain us with tricks or accompany us on walks. Their abilities as service dogs are astounding. Gaining in popularity, dogs that assist people who have seizures play an important role in the lives of their owners.

Why do people with seizures need dogs?

People with controlled seizures live a relatively unencumbered life where medication keeps their seizure episodes in check, but some people are not so fortunate. Despite medications, they still have seizures, often at unpredictable times. They are limited in their daily activities, staying close to home due to fear of having a seizure at a time and place that would put them at risk of injury. Can you imagine having a seizure at the grocery store or mall?

Seizure assistance dogs give their owners freedom to enjoy life without a cloud hanging over their heads. These amazing dogs provide safety, security, and companionship.

What types of seizure assistance dogs are there?

There are two types of seizure assistance dogs. The first is the seizure alert/response dog, trained to help the owner during and after a seizure. These dogs bark to alert family members or nearby people at the first sign of a seizure. Some dogs are trained to trigger a pedal-activated alarm if the incident occurs at home.

As the seizure ensues, the dog stays by his owner, often lying at his side to prevent injury or break a fall. After the seizure, people are often disoriented, so the dogs prevent injury by blocking access to stairs or intersections and provide a comforting presence as the person re-orients himself to his surroundings. If the person has trouble balancing, the dog helps him to rise and may provide assistance navigating to a pre-determined safe location.

"As the seizure ensues, the dog stays by his owner, often lying at his side to prevent injury or break a fall."

The second type of seizure dog is thought to predict seizures before they occur. The abilities of these dogs are still under scrutiny since most reports about them are anecdotal. Little research has been done to verify this ability, but it is thought that some dogs have an innate sensibility that can be honed with training. In other words, these dogs cannot be trained to predict a seizure, but if this ability is identified in a dog, it can be encouraged and refined.

Programs that place seizure alert/response dogs with people find that many of the dogs begin to identify repetitive cues and alert their owners to an oncoming seizure rather than react after it starts. The dog may bark or nip at the owner to get his attention, and when the owner begins to associate the dog’s behavior to his seizure incidence, he can prepare himself for the episode.

It is speculated that seizure-predicting dogs perceive minute changes in a person’s demeanor, body language, or fine motor function that precede the seizure. The dogs may also smell biochemical changes in the person’s body odor. People that are alerted before the onset of a seizure can position themselves in a safe place to avoid injury, call for help, or take medication. The Epilepsy Foundation is interested in seizure-predicting dogs, but thinks more research is needed and advises caution when dealing with programs that claim to train dogs to predict seizures.

In a 2008 survey of dog-owning people who suffered seizures, this alerting behavior was noted in 59% of seizure response dogs. The ability to predict seizures developed after months of living together as the dog became more aware of changes in his owner and associated them with ensuing seizures. With further research, perhaps advances in training and selection may improve the abilities of these sensitive animals.

The optimum seizure alert/response/prediction dog is one who has a calm disposition, ignores distractions, responds readily to commands, and is alert and sensitive to his handler. These dogs must be well-behaved since they accompany their owners to school, shops, restaurants, and other public places.

"An exclusive pedigree is definitely not a requirement."

Several breeds or mixed breeds have these qualities, including Labrador Retrievers, Golden Retrievers, Border Collies, German Shepherds and many others – an exclusive pedigree is definitely not a requirement. Larger breeds are usually preferred because they have the strength to physically assist their owner during the period of disorientation that follows a seizure.

Are there other benefits of seizure dogs?

People with service dogs reap many benefits from their relationship with these amazing animals. As they become more confident and secure, seizure victims feel a sense of well-being that often reduces the number, frequency, duration, and intensity of the seizures. These dog owners are usually happier, and have decreased anxiety knowing that their dog is a friend and protector.

Those with assistance dogs find that dogs act as a social buffer that improves relationships with people. It is acknowledged that two people are more likely to converse if one of them has a dog that serves as an ice-breaker. Seizure sufferers also develop a feeling of independence that results in better work or school performance. Their increased self-confidence increases their self-esteem so they are happier individuals overall.

"Dogs act as a social buffer that improves relationships with people."

Children with seizures reap special benefits of owning a service dog. These young people often feel different and isolated because they have to wear protective helmets or experience side effects of medication that alter their personalities. For these children, the dogs are loyal friends who love them unconditionally and keep them safe. The dogs again serve as a social buffer making it easier for other children to interact with them. Having a dog at school or on the playground can be “cool!”

In short, seizure dogs improve the lives of their owners in many ways. Security, safety, independence, and unconditional love are wonderful gifts bestowed by these amazing canines. Who could not benefit from these gifts?

© Copyright 2021 LifeLearn Inc. Used and/or modified with permission under license.